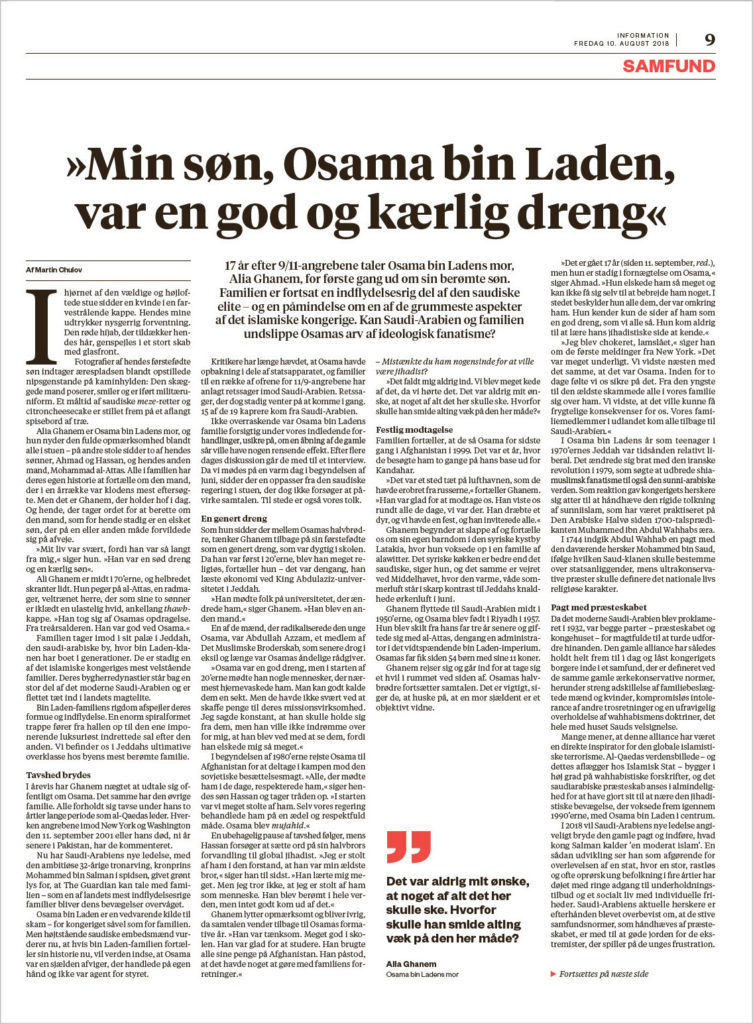 Here’s an interesting example of what an image can do to a text. It is from today’s Information, a small Copenhagen daily aiming at a well-educated audience. This is a newspaper with high ambitions when it comes to visual communication – and in this case, as in many others, I think words and image have been combined quite successfully. A simple solution, sure, but simple is often best!

The headline reads: ”My son, Osama bin Laden, was a kind and loving boy”.

Out of context, the assertion seems almost absurd. Everybody knows about the terrible things Osama bin Laden had on his conscience. Claiming that he was a kind and loving boy would seem appropriate only in a black comedy show. I bet you won’t believe it, and the fact that the source is bin Laden’s own mother will hardly affect your judgement; if so, probably just to convince you even more that this has to be a false statement.

Now try looking at image and words together: 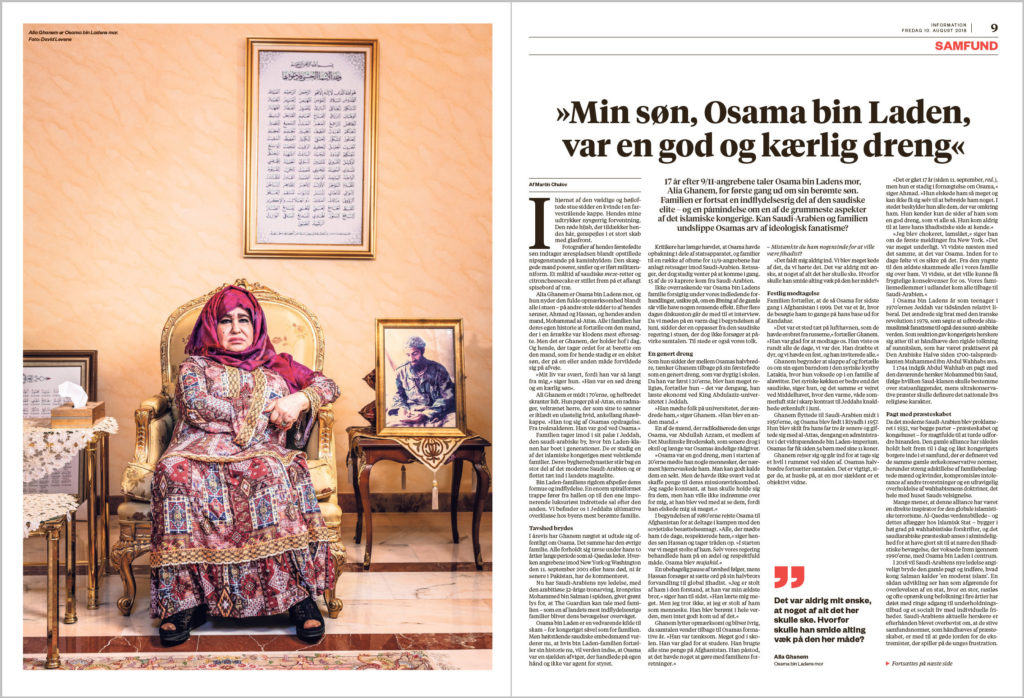 The way I see it, this photograph completely changes the validity of the assertion.

I don’t mean to say that we suddenly start seeing Osama bin Laden in a totally different light – but the photo of his mother sitting in a chair in her living room, staring right into the camera, turns something that sounded like a wild allegation into an intriguing contradiction which deserves a closer look. Yes, this man was a terrorist and a mass murderer, but to the person who once gave birth to him, he was also a kind and loving son. The picture presents a woman who looks real, who looks sincere (and sad), who looks like she means what she says, and rather than just writing off the statement as inconceivable, we now get curious to know what lies behind it. Read the story, in other words.

The fact that this is such a simple photo with few details, being run on a full page, furthermore sharpens our attention and encourages us to inspect the props so meticulously placed around and behind Alia Ghanem. The portrait, the quran quotes (I assume they are), etc. This interior looks so perfect I can’t help thinking if the photographer might have staged the scene. But that’s another story.