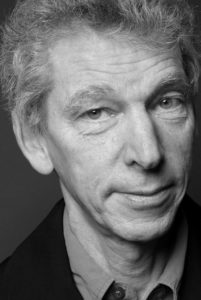 IN A WORLD where too many people put too much effort into showing off, perhaps Gerard Unger’s most striking quality was his profoundness. You could always be sure that whenever Gerard expressed his opinion, behind his words lay reasoning, experience, and wisdom. This made working with him both pleasant, reassuring, and not seldom fun, because even though Gerard was a man who took most things – his profession not least – seriously, his dry sense of humour was frequently allowed to shine through and the man’s astonishing knowledge of matters far beyond the narrow field of typography could pave the way for surprising associations which made all of us laugh.

GERARD AND I FIRST MET in 1995 when I had been commissioned to redesign Politiken and was on the look for a typeface worthy of replacing New Century Schoolbook which had been a signature typeface of the Copenhagen daily ever since Austin Grandjean had introduced it in his revolutionary 1968 redesign. To generations of newspaper readers, New Century Schoolbook had become synonymous with Politiken’s left-centrist journalism and its open-minded tone of voice, and finding a proper alternative was far from an easy task. The newly redesigned (by Mario Garcia) Der Tagesspiegel caught my eye, and I contacted the man behind the novel typeface that could make reading massive blocks of small letters an almost joyful experience. It was, of course, Gerard’s brand new Gulliver, a giant among lilliputs. With Gerard’s permission, I started testing Gulliver on Politiken prototype pages and had been doing this for about a month when all of a sudden and with no further explanation, Gerard told me (via fax, because that was how we communicated back then) to discontinue my experiments, delete the fonts from my computer and forget about introducing Gulliver in Politiken.
The reason, I found out later, was that Berlingske – Politiken’s main competitor – was also working on a redesign and had rushed in to pay a fortune for obtaining exclusive rights to use Gulliver in Denmark.

ANYWAY, Gerard and I had now made contact and when he suggested Swift as a viable alternative to the Gulliver we couldn’t have, he and I agreed to meet and work together for a couple of days to see if it might be possible to adjust the rather crude lettershapes of Swift – originally designed to perform well on the low-resolution laser writers of the eighties – and turn them into something that would work as a newspaper headline face.
Gerard somehow managed to be humble and authoritative at the same time. It must have taken him less than five minutes to realize how much more capable and experienced he was compared to me, who by then had no more than a handful of small-scale newspaper design projects in my portfolio; still, he would listen respectfully to every point I tried to make and every idea I put on the table, and did his best to loyally execute my suggestions without compromising his own professional integrity.
I like to think that the final result, which we decided to name Swift Politeia, was the product of Gerard’s immense skills as a type designer and my critical, some would call it perfectionist, eye.

FOR REASONS BEYOND OUR CONTROL, this project never made it into actual production (apart from a short-lived Sunday supplement in which we had decided to use the regular version of Swift for headlines as well as body text). Still, I was pleased to see that ten years later, when Politiken finally managed to carry through with a complete redesign (by Palmer Watson), a new creation from Gerard’s hand – Capitolium News – made the look not unlike what we had been imagining back in 1995-96. 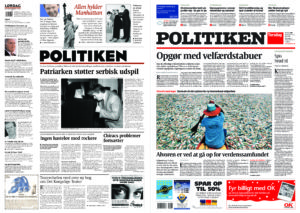 DURING OUR COOPERATION, Gerard and I became friends, and we worked together a couple more times over the years. I even enjoyed the satisfaction of completing my Gulliver experience when we got to introduce this unique typeface of Gerard’s in Hallandsposten. Whenever he and I met, I was impressed by how he managed to make every conversation both meaningful and entertaining. Gerard’s devotion to his craft, and to using this craft to try making the world a better, more enlightened place, should be an inspiration to everyone. I am grateful to have known him.